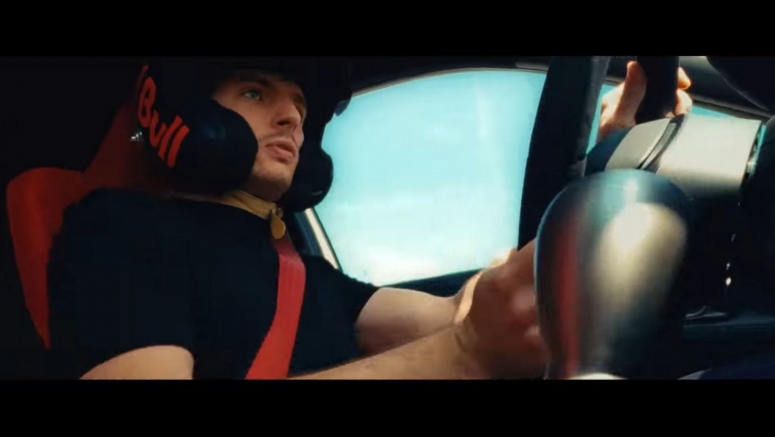 Although Red Bull’s drivers may be disappointed to learn that their company cars off the circuit won’t be Porsches any time soon, the Formula 1 racing team’s partnership with Honda does at least mean that they have access to the latest Civic Type R.

As part of the advertising campaign for the new hot hatch, Honda gave Max Verstappen the keys to the new Civic Type R and let him loose around Euroring, an up-to 2.75 km (1.7 miles) circuit near Budapest, Hungary.

The premise of the ad, it would therefore seem, is that after racing at the Hungarian Grand Prix, Verstappen was called into a meeting by Red Bull Racing team principal, Christian Horner (who also makes a cameo in this ad, albeit in voice only), and decides to take a detour on his way.

Ending up at Euroring, he drives the car around for a couple of laps, losing track of time, and enjoying himself so much that he ends up being late for the meeting. Figuring that the Civic will be faster than the HR-V he can be seen riding around in the back of in the beginning of the ad, he decides to drive the car to his meeting instead.

Regardless, the new car has been optimized with an easier to use power band, updated suspension components, and numerous other improvements. All of which has allowed it to set the FWD production car lap record at Japan’s Suzuka circuit. No times, though, are posted for Verstappen’s laps at the Euroring, likely because he was filming, not actually performing a time attack.

Max Verstappen currently leads the Formula 1 world driver’s championship and his team, Red Bull Racing, lead the constructor’s championship thanks, in no small part, to its powerful Honda engines. The new Civic Type R will go on sale in America this fall.