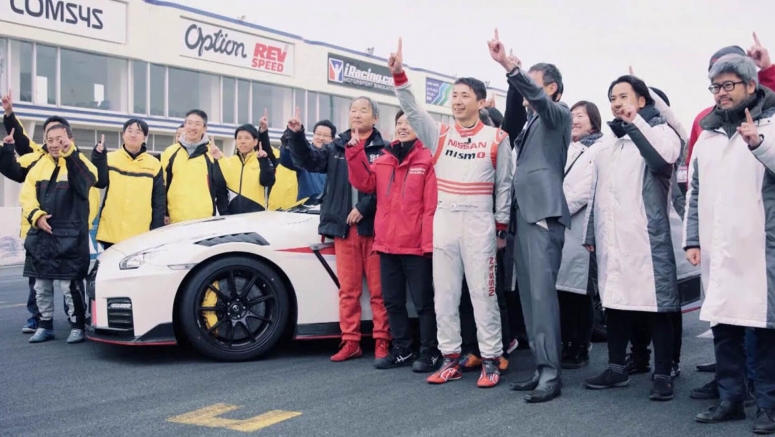 It may be one of the oldest sports cars in production, with the original one being around since 2007, but the Nissan GT-R has been constantly updated over the years, so it's still very competitive.

In fact, it’s so quick that the 2020 GT-R Nismo recently broke the lap record for production models at the Tsukuba track, located in Shimotsuma, Japan. The run took place on December 9, with Tsugio Matsuda behind the wheel, and saw the Godzilla run across the finish line in 59.3 seconds.

Unveiled almost a year ago, the 2020 GT-R Nismo brings several technical revisions meant to make it more competitive in the hands of a skilled driver. The 3.8-liter V6 gets its turbos from the GT3 racer and kicks out 600 PS (591 HP / 441 kW) and 652 Nm (481 lb-ft) of torque. Channeling output to the four-wheel drive system is a re-tuned 6-speed dual-clutch automatic transmission. Nissan hasn’t released its 0-60 mph (or 100km/h) acceleration figures for reasons known only by them, but it’s expected to achieve it in around 2.5 seconds.