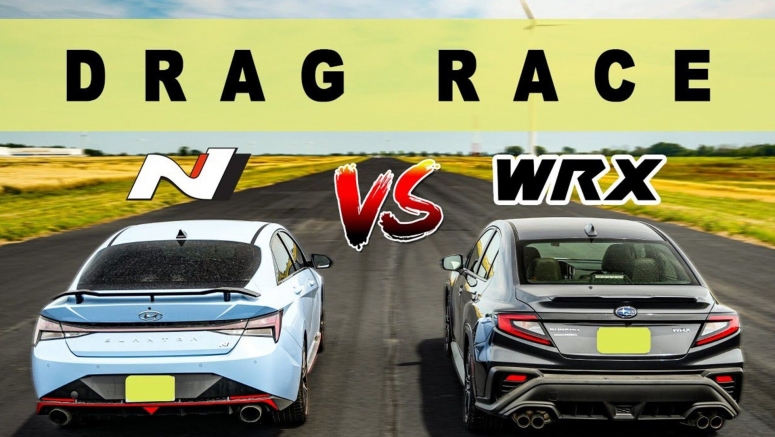 Over the last decade, we’ve watched as Subaru and Hyundai have gone in different directions with regard to athletic automotive offerings. The WRX has slowly gone from an all-out performance bargain to a car that features a CVT only in its top trim. On the other hand, Hyundai has created its N division and has launched multiple performance cars. That includes the Elantra N that’s about to wipe the floor with a new WRX in this video.

Brought to us by YouTube channel Sam CarLegion, the real story is that these cars are both equipped with a manual transmission. Of course, feathering a clutch out after dumping it makes this sort of race far more challenging for the drivers too.

In fact, the potent Elantra N powertrain, a turbocharged four-cylinder, causes so much wheel hop in the first race that the WRX, with its AWD system, is able to leap out to a commanding lead and hold on til the finish line. That’s the last of its successes though.

Read More: Have You Ever Seen A Three-Door Subaru Impreza WRX STI 22B Hatch?

In the second dig race, the WRX once again manages to rocket off of the line with a small lead but it evaporates, not unlike our hopes for a WRX STI, quite quickly. By the time the WRX reaches third gear, the Hyundai begins to gain ground fast and by the end of the race, the Elantra has a clear victory.

The roll races aren’t much closer since the Hyundai already has grip and the WRX loses that singular advantage. Hyundai has gone from a company that we wouldn’t have ever considered to rival Subaru in terms of performance a few years ago to one that can actually beat the Japanese brand now.