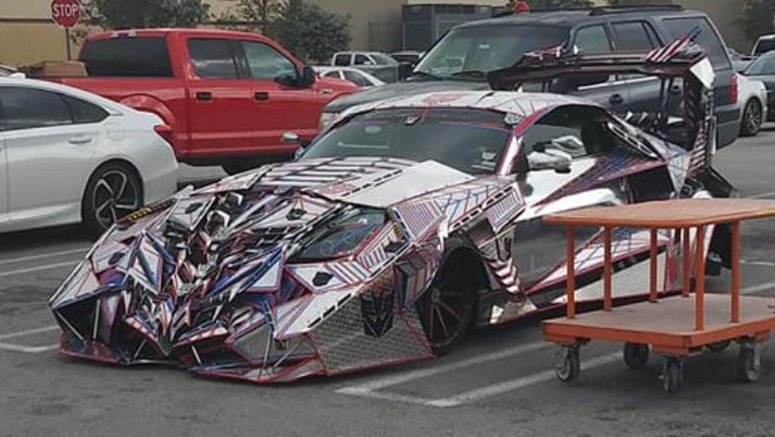 The Nissan 350Z, despite being out of production for more than a decade, is still a superb sports car and a joy to drive. We suspect this particular 350Z is a little less enjoyable because of its out-of-this-world bodywork, however.

A user at Reddit recently shared this image online, snapping the modified 350Z outside a Costco store. Adorning the, now unrecognizable, Japanese sports car are a plethora of insane new panels and parts to make it look like a Decepticon from Transformers.

It’s hard to tell what all the new parts are made from but some of the add-ons appear to have been made from sheet metal. The front is absolutely wild and features a customized hood that morphs into a face somewhat reminiscent of an evil Transformer.

There are also a number of blue and red accents and hidden beneath it all sit a set of aftermarket 350Z headlights. We suspect creating the vehicle’s new nose was no easy task and have to tip our hats to the owner for clearly putting in a lot of work to make the car stand out.

Look beyond the front end and you will notice that the wheels have been buried under all the bodywork and that at the rear sits a towering wing complete with two American flags waving proudly. There’s also some sharp add-ons made to the doors and the rear wheel arches.

It’s unclear what state this car resides in but we’re surprised it’s road legal considering the carnage it could cause if it were to slam into a pedestrian. It would certainly look more at home on a film set than in a supermarket parking lot.