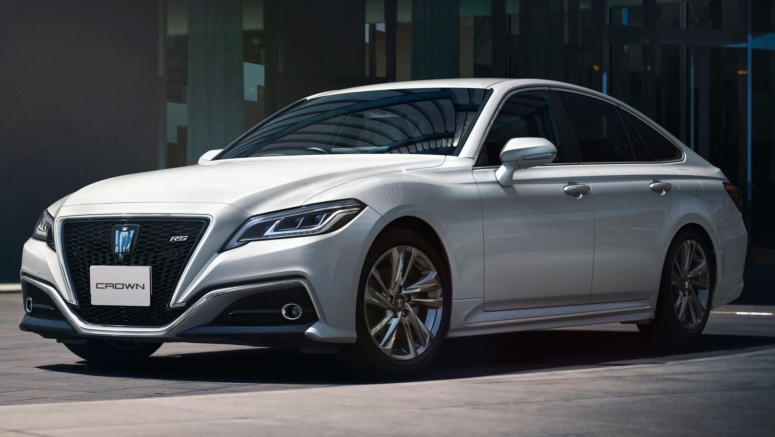 Granted, sedan sales in general have seen a downward turn. Still, the Crown, in particular, appears to be on the chopping block: the nameplate synonymous with a luxurious three-box body style could reportedly be replaced by an SUV. A move considered sacrilegious to many, if not entirely unprecedented — the Mitsubishi Eclipse Cross is a good example.

Why is a car that used to sell 200,000 units a year in the ’90s now down to just 36,000? Several reasons could be accountable, but the writer emphasizes two points: firstly, the Crown’s dilution as a car, and secondly, the opening up of Toyota’s distribution network.

Point number one is Toyota’s approach with the latest Crowns. It would seem the Japanese company has been lulled into following European design and mechanical trends. The once slab-sided and boxy creation is now a sleek, svelte, and dare we say, sexy interpretation of what it once was. The 15th generation Crown has a vaguely fastback-ish rear end, with aggressive and sporty elements both inside and out. It rides on large, ride-punishing wheels and sits much lower to the ground.

As a result, the latest Crown handles better but sacrifices its once sublime ride comfort. While trying to out-German the Germans, the Toyota may have lost its USP. The writer points out that buyers who are looking for a sports-oriented sedan are more likely to opt for the original, much to the Crown’s detriment.

The democratizing of showroom networks too, has made switching between Toyota models easier, says the article. Since May 2020, all Toyota models have been available across showroom chains. The different distributor networks were one reason why slightly different models or the same car were sold under other names (like the Trueno and Levin).

Previously, if a Crown buyer wanted to check out the other options on offer, say a Harrier (aka Venza) or an Alphard van (an exceptionally luxurious S-Class-of-vans offering with bags of space), they’d have to seek out a specific dealer. Nowadays, the ability to switch is as easy as it would be anywhere else.

Would Toyota be justified in discontinuing its premier sedan and possibly replacing it with an SUV? Or is there reason to stick with the four-door body style, and make it a tad staider, as it was previously?