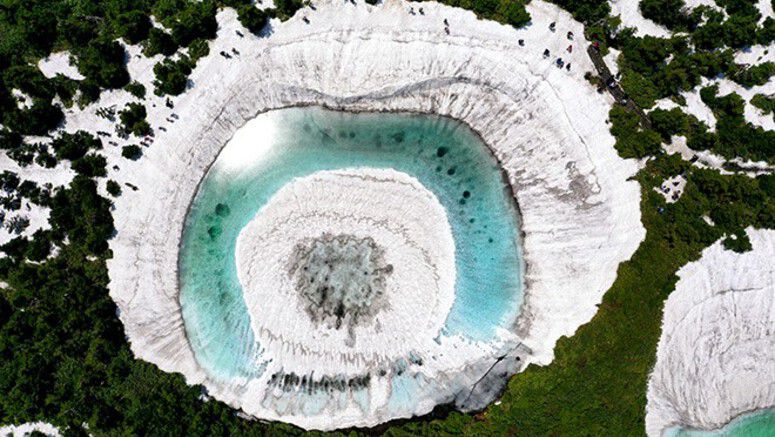 HACHIMANTAI, Iwate Prefecture--As the seasons change, the melting snow has revealed the "Hachimantai dragon eye" at Kagaminuma swamp near the top of Mount Hachimantai, which borders Iwate and Akita prefectures.

Snow remains near the peak of the 1,613-meter-high mountain. The swamp, about 50 meters in diameter, is said to look like a huge "dragon eye" when seen from above.

Many tourists came from neighboring prefectures to see the naturally occurring phenomenon during the balmy weather on June 9. From the parking lot near the peak, they climbed a cobbled hiking route to reach the swamp.

"I am happy to have seen the dragon eye this year," said Tadao Fujine, 68, a part-time worker from Hanamaki, Iwate Prefecture.

Suga asks people to stay on alert for heavy s...

Subsidy travel campaign in the spotlight