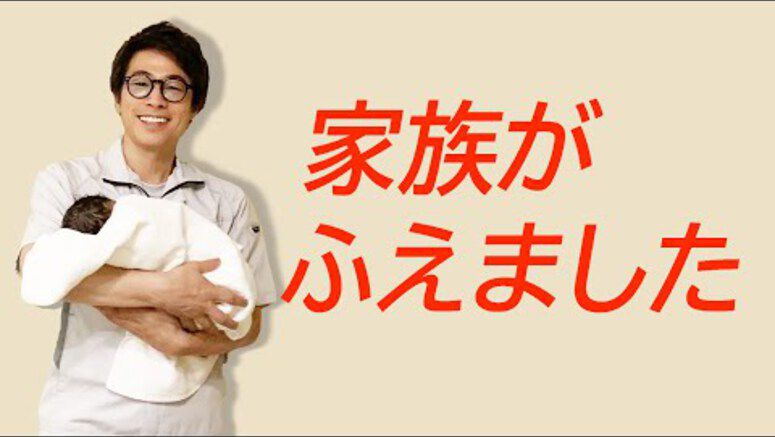 Tamura Atsushi (46) of London Boots 1-gou 2-gou has announced the birth of his second daughter.

In an YouTube announcement, Tamura stated, "Today, I have an announcement for everyone, so I am taking a video. At this time, a new baby has joined the Tamura family. Our second child has been born. It's a girl. She was a little early, but I just got off of work and am heading to the hospital right now."

He continued, "I had never imagined. That I would be a father of two kids. She was a big baby weighing over 3,200 grams (7 lbs), so I am on my way to carry her for the first time." After meeting his new baby, he said, "I met her. She's so cute. She looks just like my first daughter. The same face. The nurses told me that it's pretty rare. Both mom and baby are healthy. It's amazing. I've gotten power from them. I am a father of two girls."

Due to the novel coronavirus, he mentioned that meeting face-to-face was limited. "Because we are in these times, I could only see her once. The time was short too. I can't see her for awhile. However, I am happy that I got to hold her," he said.

Tamara married a non-celebrity woman ten years his junior in September of 2013. They welcomed their first daughter in October of 2016.

Japan to send second team of experts to Mauri...