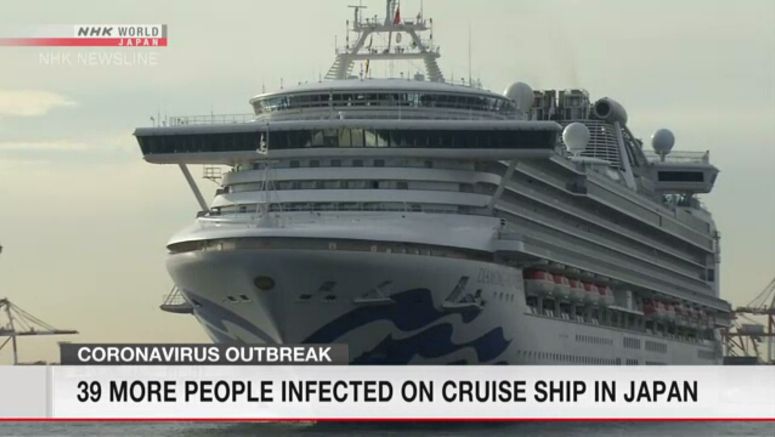 Japan' health minister Katsunobu Kato says 39 more people on board a cruise ship at the port of Yokohama have been found to be infected with the new coronavirus. A quarantine official has also been infected separately.

Kato told reporters on Wednesday morning that the new infections were confirmed from 53 people tested. This brings the total number of passengers and crew infected on the vessel to 174 out of 492 people tested.

He says the newly confirmed patients will be rushed to medical institutions.

Kato also revealed that a quarantine official who was conducting inspections on the ship has also been infected.

He says the official was collecting questionnaires from the ship's passengers and crew. He says the inspector's movements will be studied to identify the cause and route of infection.

Kato added that the patients in hospital from the ship include four people in serious condition who are on artificial respirators or being treated in intensive care units. He says the four are all men in their 60s to 70s including three Japanese nationals.

Kato said that top priority will be placed on securing the health of the crew and passengers, and checking their condition.