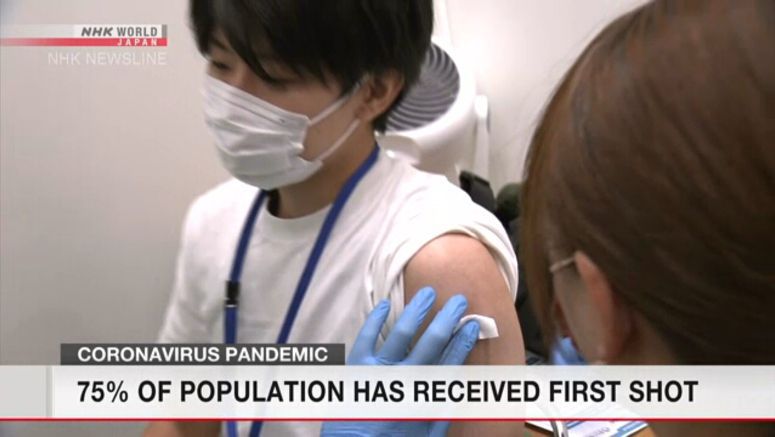 The Japanese government says 67 percent of the country's population have been fully vaccinated against the coronavirus.

Government officials say nearly 85 million people have gotten two doses of the vaccines as of Monday.

By age groups, 90.1 percent of senior citizens aged 65 and older have been fully vaccinated.

Children under 12 are not eligible for vaccinations, but they are included in the population figure.

The government hopes to complete vaccinations of everyone who wants to get the shots by early November.