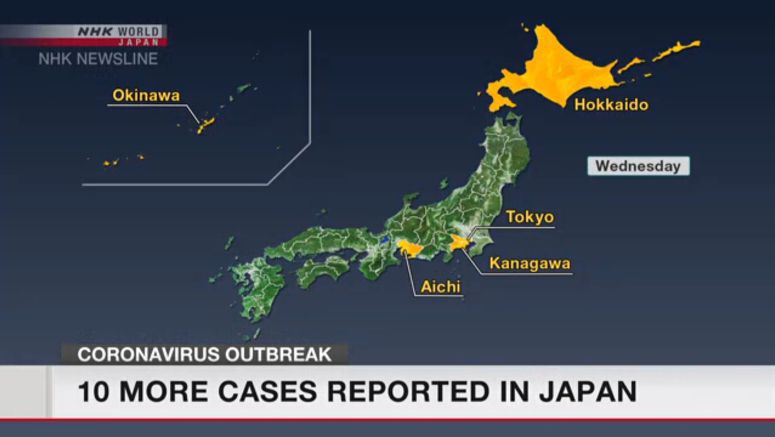 Japanese authorities confirmed 705 cases of the new coronavirus as of 9:00 p.m. on Wednesday.

The figure is based on reports from the health ministry and municipalities across the country.

Seventy of the cases mostly involve Chinese tourists or those who contracted the virus in Japan.

Six-hundred and twenty-one cases were found on board the Diamond Princess cruise ship, including 79 new cases confirmed on Wednesday.

The number of cases confirmed among those evacuated by government-chartered flights from Wuhan, the epicenter of the outbreak, is 14. This includes one case confirmed on Wednesday among the 65 people repatriated on the fifth chartered plane.

Furthermore, three government and quarantine officials were confirmed to be infected.

The health ministry said 20 of those diagnosed with the virus in Japan, excluding Diamond Princess crew and passengers, were discharged from hospital after recovery by Tuesday.