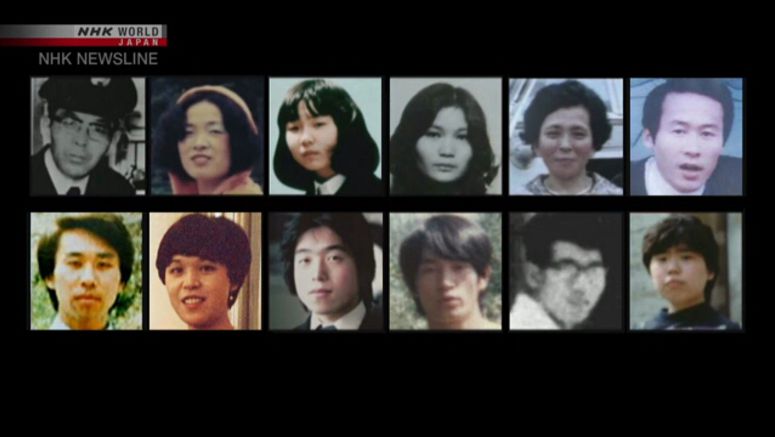 Two elderly sisters of a Japanese woman abducted to North Korea nearly 40 years ago have called for her early return to Japan.

Keiko Arimoto was abducted by North Korean agents while she was traveling in Europe after she completed a study program in London in 1983. She was 23 years old. She turns 60 on Sunday.

Her two sisters, Masako and Naoko, spoke to NHK for the first time.

They showed about 60 photos of Keiko discovered at a relative's home and notebooks that she used when she was a university student. The photos include ones showing Keiko traveling in Hawaii.

The notebook pages are filled with English phrases written by Keiko, who was dreaming of studying abroad.

Masako recalled that she asked her younger sister at the meal the family had before Keiko's departure to rethink her planned travel overseas. Keiko replied firmly that she had already made up her mind to go.

Masako said none of the family members could stop Keiko from achieving her long-held dream.

Keiko's father Akihiro is now 91 years old and mother Kayoko 94. The couple has worked for more than 30 years to bring Keiko back to Japan.

The two sisters said they want to join efforts to rescue Keiko while looking after their ailing parents.

Masako said she wants Keiko to return to Japan as soon as possible.

Naoko said it's frustrating that abductees have been held in North Korea for many years. She said she wants her younger sister to live happily in Japan.