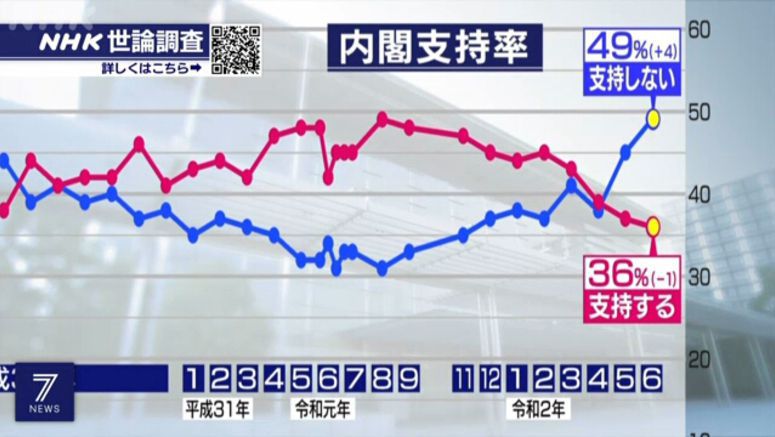 An NHK poll shows that the disapproval rate for Prime Minister Abe Shinzo's Cabinet is at its highest since the launch of his second administration in December 2012.

The survey was conducted over the weekend. More than 1,200 people responded.

The Cabinet approval rate fell one point from last month to 36 percent, while the disapproval rate rose 4 points to 49 percent.

On the coronavirus outbreak, 75 percent said it has made them worried very much or to some extent.

Regarding anxiety over a second wave of infections, a total of 86 percent said they are concerned.