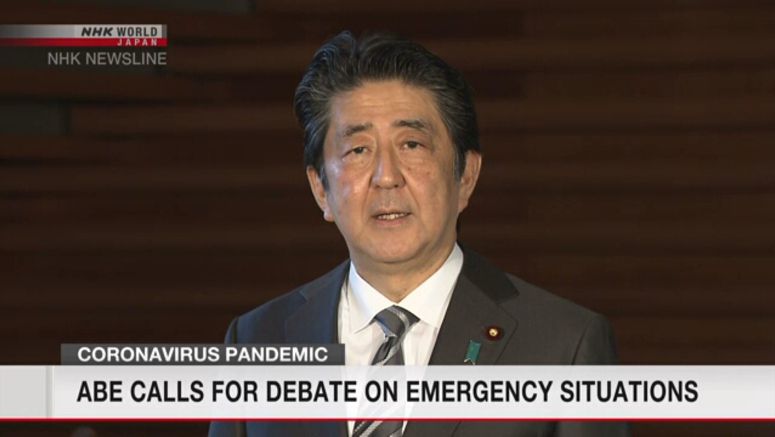 Following the declaration of a state of emergency over the coronavirus outbreak, Prime Minister Abe Shinzo plans to express his intention to bring up the topic of emergency response in the Diet's debate on constitutional issues.

Sunday marks the 73rd anniversary of Japan's Constitution coming into effect. The prime minister plans to deliver a video message to an online forum held by a group seeking to amend the Constitution. Prior to the event, the content of the message has been disclosed to the media.

In it, Abe says the ongoing state of emergency renewed his recognition that defining the roles of the government and people in the constitution in an emergency situation is of grave importance.

Abe also says that he remains determined to achieve constitutional amendment despite the difficulties.