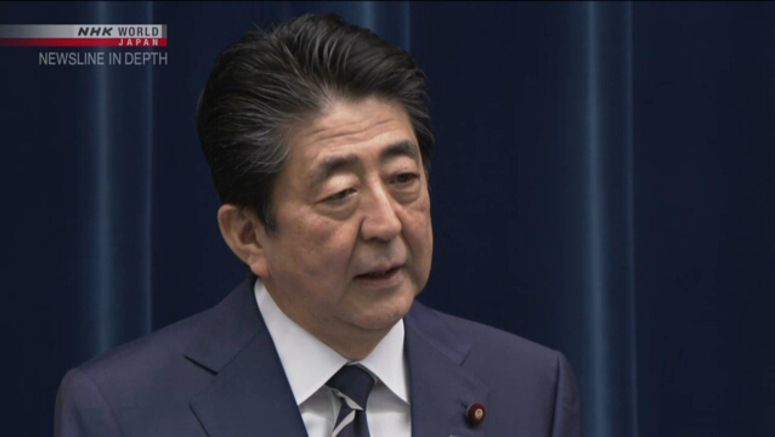 Abe spoke at a meeting of the government's task force on Friday, a day after a panel of experts came up with a set of proposals to contain the spread of the virus.

The experts said voluntary cancellations of large-scale events, as well as school closures and public actions, have led to a slight drop in new infections.

But they warned that unless such efforts are maintained, the nation could see an explosive spread of the virus. They urged members of the public to avoid poorly ventilated and crowded places where people interact at close distances.

The prime minister said organizers of large events should heed the advice of experts to properly assess the risks, and respond with caution. He said he wants event-planners to study examples of infection-prevention measures in making their decisions.