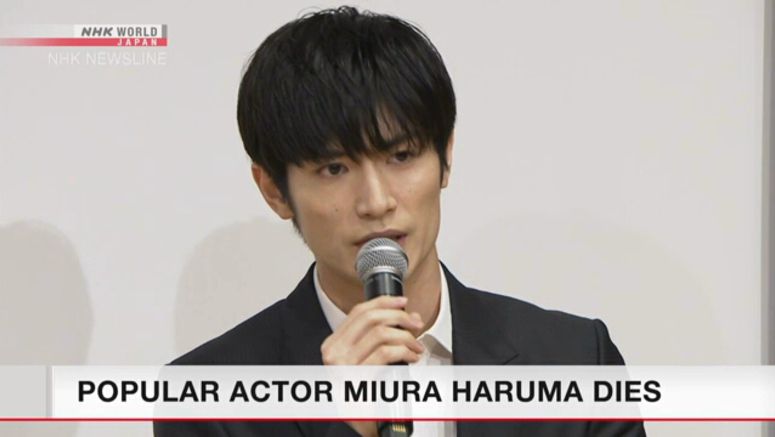 He was found hanging by the neck in his home in Minato Ward and was taken to a hospital, where he was pronounced dead. He was 30 years old.

Sources say Miura's manager went to check on him when he did not show up for work. The manager found Miura hanging and called the police.

They say investigators found what appears to be a will in Miura's room and they suspect he committed suicide.

Miura appeared in many TV dramas and movies, including "The Eternal Zero," for which he won an award from the Japan Academy Film Prize Association for excellence as a supporting actor. He also performed in a number of NHK drama series and hosted a travel show on NHK.