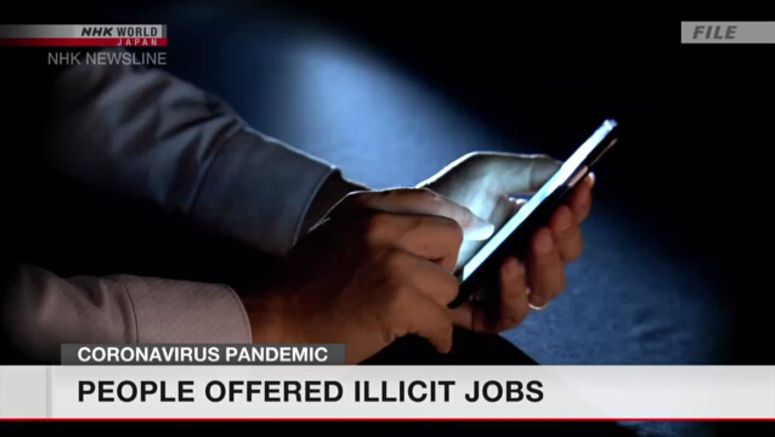 A growing number of people who have lost, or will likely lose their jobs amid the coronavirus outbreak in Japan, have received offers to perform illegal work through social media.

The labor ministry says 1,473 people had lost their jobs, or faced the prospect of losing their jobs, for the roughly two months through April 6. The ministry cites deteriorating corporate performance as one of the reasons.

Some of them received offers for illicit jobs, such as scams in which criminals defraud people of their money by phone or other means.

A 26-year-old man who decided to close his business says he received some 10 messages soon after he tweeted his need to find work. He says all of them offered illicit work, such as jobs related to phone scams.

An expert says people tend to solicit jobs through social media when they are desperate for work but need to stay at home. The expert warns they could be lured into unlawful jobs due to a lack of third-party monitoring.