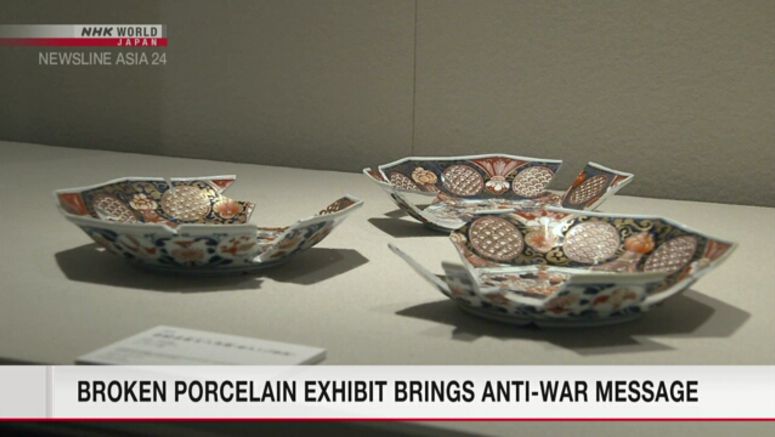 The owner of an Austrian castle which is home to a collection of Japanese Old Imari porcelain has visited Japan and called for peace and friendship. Much of the collection was damaged by the former Soviet military after World War Two.

Gabriel Piatti owns Loosdorf Castle, which is located in the suburbs of Vienna. He is visiting Saga Prefecture, southwestern Japan, to deliver a speech at the Kyushu Ceramic Museum.

The museum is currently holding the exhibition "The Tragedy of Loosdorf Castle" to display fragmented porcelain from his family's collection.

The Piattis have been collecting the Old Imari porcelain produced in Arita in the prefecture during Japan's Edo Period between the 17th and 19th centuries.

The family preserved the porcelain even after much of it was broken by the former Soviet military. Some items have been restored thanks to Japanese techniques.

Piatti held talks with Saga Governor Yamaguchi Yoshinori on Tuesday. He told the governor that Russia's military invasion of Ukraine has come nearly 80 years after World War Two and that such aggression must never happen again.

He said he hopes the fragments of the Old Imari porcelain will help more people realize that a war is meaningless.

Piatti said now is a very difficult time but he wants to let people know the importance of friendship through the exhibition. The exhibition runs through July 18.