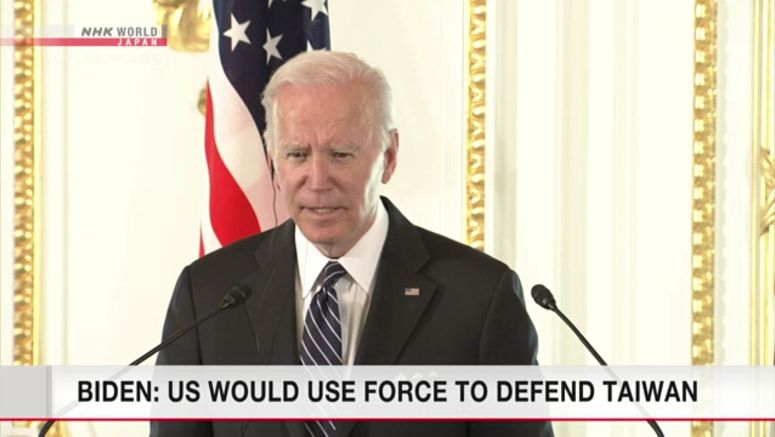 US President Joe Biden has suggested that his country will get involved militarily if China attacks Taiwan.

Biden was speaking at a joint news conference after the Japan-US summit meeting in Tokyo on Monday.

Biden was asked by a reporter how Washington would respond in the event of a contingency involving Taiwan.

He responded: "Our policy toward Taiwan has not changed at all. We remain committed to supporting peace and stability across the Taiwan Strait and ensuring that there is no unilateral change to the status quo."

Asked if the US is willing to get involved militarily to defend Taiwan, Biden answered, "Yes." He said, "That's the commitment we've made."

He went on to say Washington agrees with the "one-China" policy, but the idea that Taiwan can be taken by force is "just not appropriate." He added, "It will dislocate the entire region and be another action similar to what happened in Ukraine."

Biden's remarks are widely seen as a departure from Washington's position of so-called strategic ambiguity toward Taiwan.

The White House later issued a statement saying the US position on Taiwan remains "unchanged."