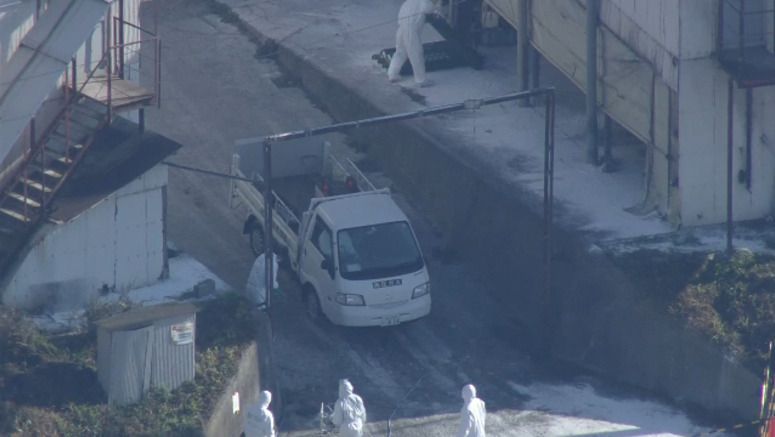 Officials in Hiroshima Prefecture, western Japan, are culling about 134,000 chickens after the H5 strain of bird flu was detected at a local farm.

The officials say they found dead chickens at a farm in the city of Mihara on Sunday. They say the dead poultry tested positive for the virus.

Prefectural officials and members of the Japanese Self-Defense Forces started working together to cull the chickens on Monday. About 860 people have been sent to do the work.

The local government says it will consider how to deal with the chickens. It says the dead birds may be buried in the ground.

Hiroshima officials say they have banned the transport of chickens and eggs within a 3-kilometer radius of the farm.

Farmers within a 10-kilometer radius of the farm have also been barred from shipping chickens and eggs outside that area. The officials say there are 13 poultry farms in the region.

At seven locations, the officials are disinfecting vehicles that come to and go out of those farms. They are also checking to see if there are any dead chickens at the farms.