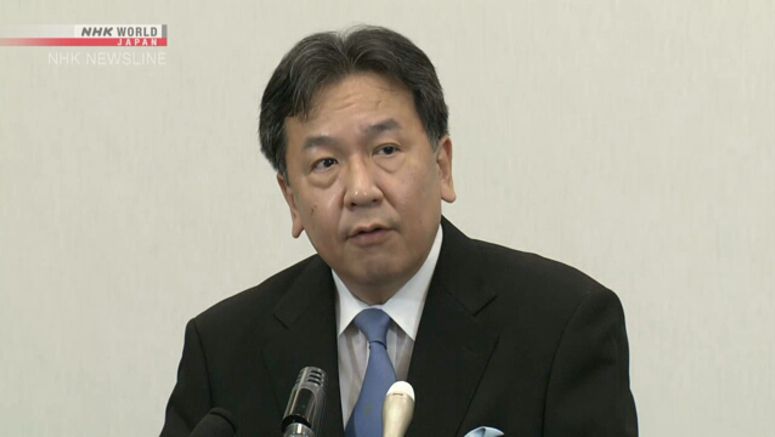 The leader of Japan's largest opposition party has made clear his resolve to end the dominance of the Liberal Democratic Party in the upcoming general election.

Constitutional Democratic Party Leader Edano Yukio told NHK that Thursday happens to be the day the Edo shogunate ended more than 150 years ago.

Edano says he has a strong determination to make the Lower House dissolution the end of one-party dominance of Japan's politics.

He says he expected opposition parties to field unified candidates against the ruling coalition in 50 to 100 single-seat districts, and the opposition camp has now succeeded in effectively having such one-on-one contests in 220 out of 289 districts.

Edano thanked the other opposition parties for their cooperation, and expressed hope that the October 31 election will be an opportunity to take the first step to change Japanese politics.