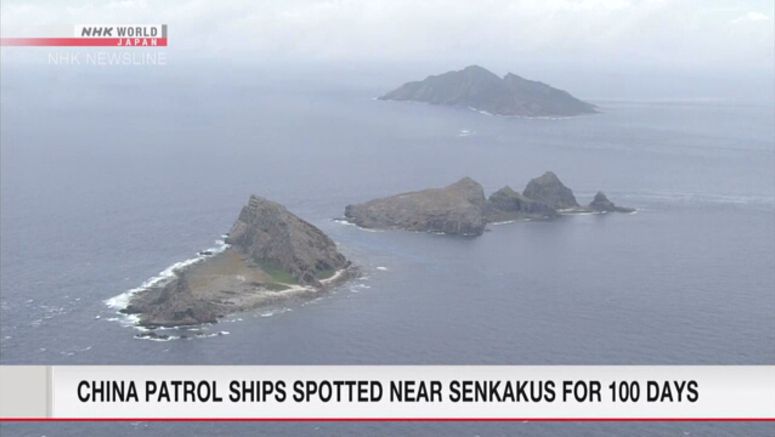 Coast guard officials say four Chinese patrol vessels were navigating in the contiguous zone outside the territorial waters near the Senkaku Islands at 9 a.m. on Wednesday.

The officials have been closely monitoring the vessels and warning them not to enter Japan's territorial waters.

Japan controls the islands. The government maintains that the islands are an inherent part of Japan's territory. China and Taiwan claim them.

Japan's Chief Cabinet Secretary Suga Yoshihide spoke to reporters. He said the government sees the continued presence of the Chinese patrol ships there as a grave matter. He added that the government is determined to protect Japan's territory and will continue patrolling the area. He also said that Japan will respond to China both calmly and resolutely.