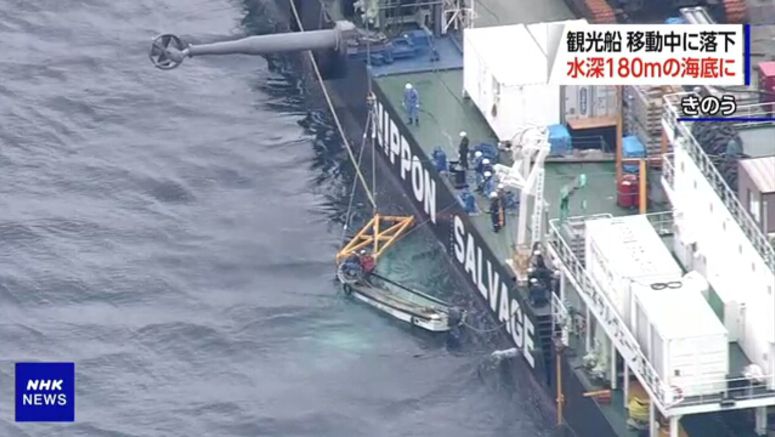 The Japan Coast Guard says salvage workers trying to raise a sunken tour boat have dropped it to the bottom of the sea again off Hokkaido in northern Japan.

The boat, "Kazu I," was raised to around 20 meters below the surface on Monday, and was being towed by a barge to the town of Shari.

Coast guard officials say they were told by the salvage firm on Tuesday morning that it had "lost" the boat in waters about 11 kilometers west of Utoro port in Shari Town.

Officials say that about an hour later, a probe with a camera confirmed that the boat was lying on the seabed at a depth of 182 meters.

The "Kazu I" sank during a sightseeing tour on April 23. Of the 26 people on board, 14 have been confirmed dead. The 12 others remain missing.