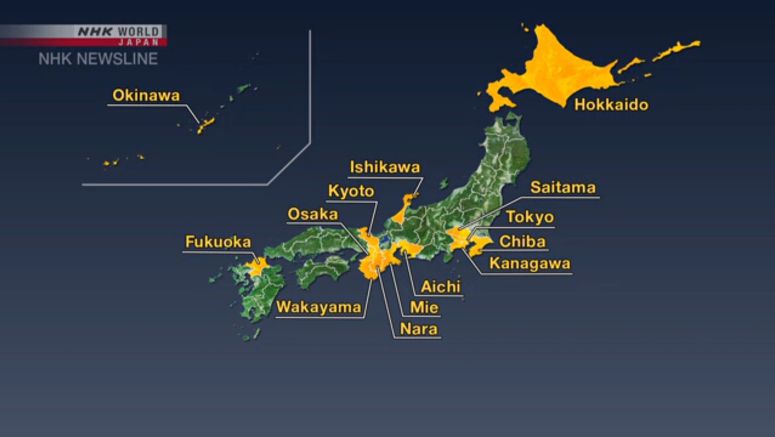 Nine new cases of coronavirus infection were reported in Japan on Friday.

Officials in the northern prefecture of Hokkaido said three people have been infected with the virus, including two elementary school students.

A boy in Saitama Prefecture, located north of Tokyo, also tested positive. He flew back to Japan from the Chinese city of Wuhan on a chartered flight late last month.

His father, who was also in China, was confirmed to be infected last week.

Five other cases were reported in Tokyo, Chiba and Ishikawa prefectures.

The latest cases bring the total number of infections in the country to 737, including 634 from the cruise ship.