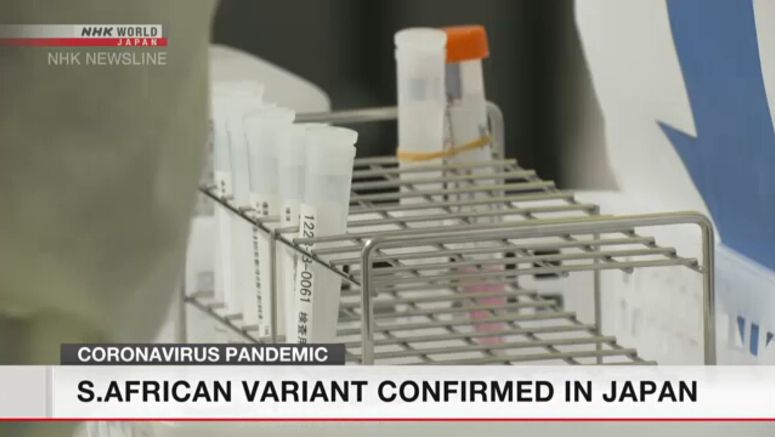 A new variant of the coronavirus that was first detected in South Africa has been confirmed in Japan.

On Monday, the health ministry said it was found in a woman in her 30s who arrived at Narita Airport near Tokyo on December 19. She traveled from South Africa.

Ministry officials also said they have now confirmed six more cases of a different variant that is spreading in Britain and other countries.

The people, who are in their teens to 40s, arrived from Britain between December 1 and 24.