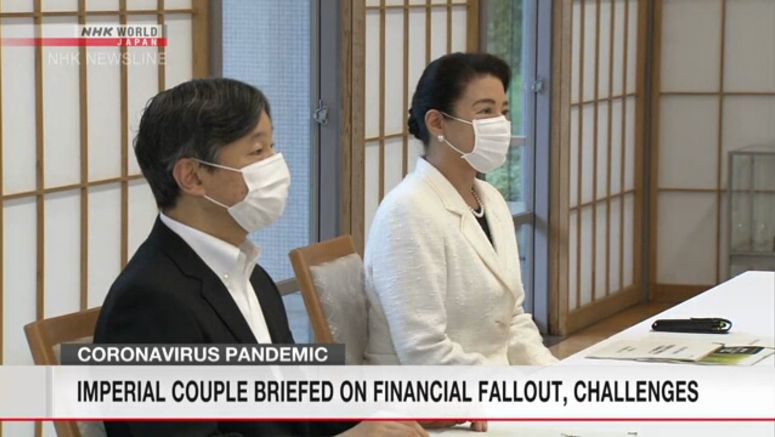 Japan's Emperor Naruhito and Empress Masako have been briefed about relief efforts for people in need affected by the coronavirus pandemic.

The Imperial couple has been receiving expert briefings on various areas as the impact of the spread of infections continues.

On Thursday, they met with a senior health ministry official and a representative of a Fukuoka Prefecture-based non-profit organization for nearly 90 minutes.

The experts explained that many non-regular workers living in dormitories are facing the risk of losing their job and home at the same time.

The Emperor reportedly expressed sympathy for their hardship.

The Empress is said to have paid particular attention to data indicating that the ratio of socially-isolated people in Japan is five times higher than that of the United States.

She reportedly listened earnestly to an explanation that the coronavirus outbreak is aggravating the situation.

The Imperial couple is said to have offered words of encouragement to wrap up the briefing, which lasted much longer than scheduled.