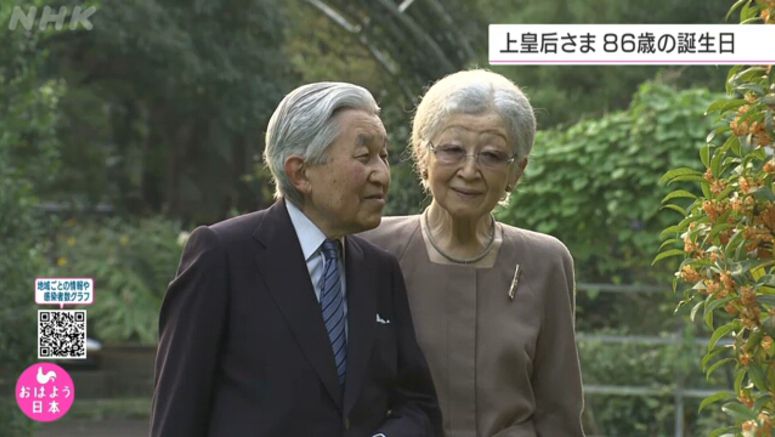 She and her husband, Emperor Emeritus Akihito, have been living at a temporary residence in Tokyo since late March. They have refrained from going out or accepting guests amid the coronavirus pandemic.

The Imperial Household Agency says the Empress Emerita is thinking of healthcare workers tackling the virus as well as essential workers serving amid the pandemic. She's also reportedly concerned about people including athletes and musicians who have been forced to stop their work or other activities.

Since May, the Empress Emerita has had a mild fever most afternoons though her temperature goes down the next morning. She also reportedly suffers from stiff fingers, likely a side effect of hormone treatment after her breast cancer surgery.

Despite such conditions, she is said to devote most of her time to supporting her husband.

The two usually read books aloud after breakfast. The Empress Emerita's daily routine also includes reading letters and other writing by many people.

All ceremonial events for the Empress Emerita's birthday, along with a family dinner, have been cancelled amid the pandemic.