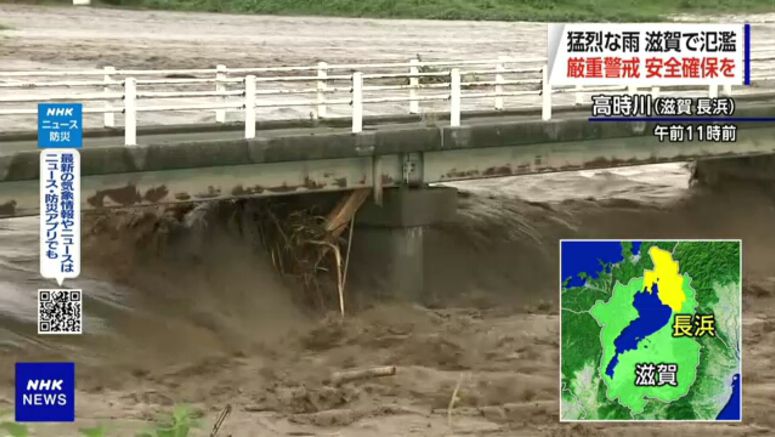 Local governments say the level of the Takatoki River is rising due to heavy rain.