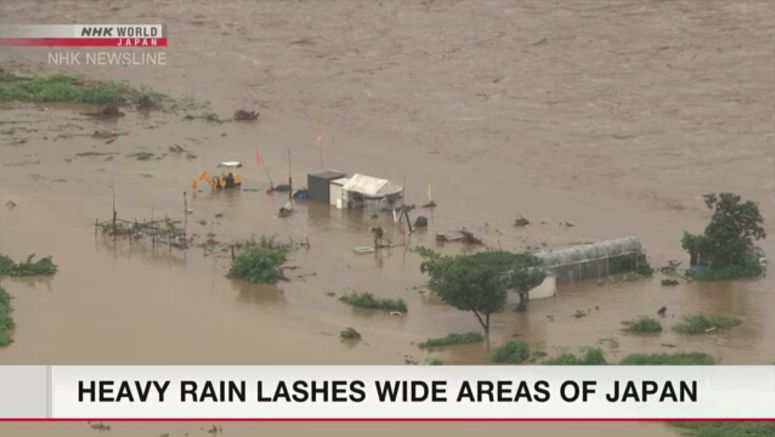 Evacuation orders have been issued for parts of the city of Nagahama in Shiga Prefecture, western Japan, and for the entire town of Minamiechizen in Fukui Prefecture along the Sea of Japan coast, due to torrential rain.

Minamiechizen officials say all 9,939 residents in 3,383 households should evacuate as the heavy rain is increasing the chances of landslides and flooding.

More than 4,000 residents in Nagahama have also been ordered to take shelter as the level of the Takatoki River is rising.

Evacuation orders in both municipalities are the second-highest alert on Japan's 5-level disaster warning scale.