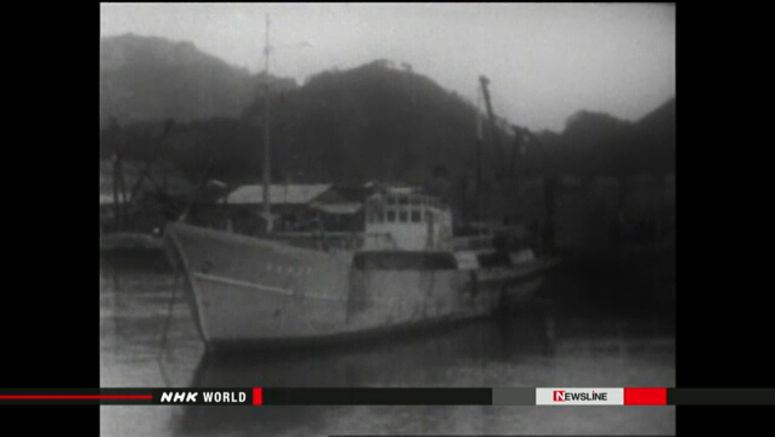 A former Japanese fisherman exposed to radiation from a US nuclear test in the Pacific decades ago has died.

Masaho Ikeda was aboard the tuna fishing boat Daigo Fukuryu Maru when the United States conducted the hydrogen bomb test at Bikini Atoll in 1954.

Ikeda died of stomach cancer on Thursday. He was 87 years old.

Ikeda did not talk about his experience for a while after being contaminated by the radioactive fallout. But he began telling his story to younger generations, nearly 60 years after the incident.

In a documentary by an American film director released last year, he gives testimony of his ordeal with other former crew members.

Last February, he attended a funeral of another former crew, Susumu Misaki, who died at the age of 92. Ikeda had said Misaki was like a brother to him.

According to Ikeda's relatives, Ikeda had also suffered esophagus and liver cancer. He became ill again in December with stomach cancer.