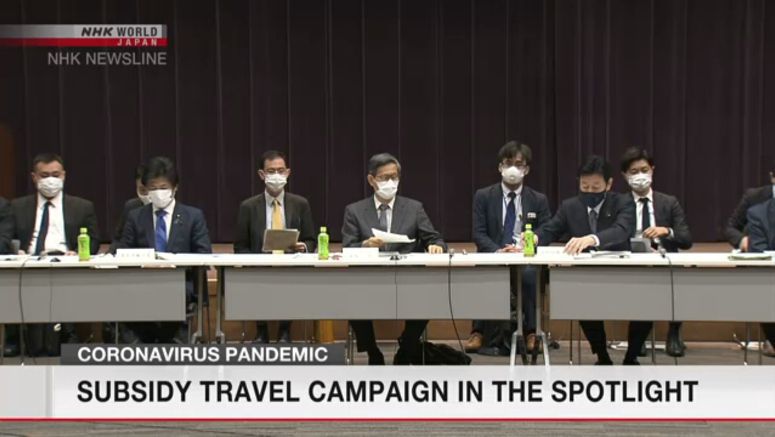 Japanese authorities and experts are preparing for the next steps in the fight against the coronavirus after a crucial three-week period draws to a close.

The experts met on Friday morning...just a few days out from the end of what they had called a critical three weeks.

Government panel head Omi Shigeru said, "There's a major trend in the virus transmission pattern. Infections have occurred in nursing homes or hospitals...and some of the infected are experiencing severe symptoms and sadly losing their lives."

They are urging the government to think of new measures that can be implemented...and have three plans ready depending on the situation.

One approach could be calling on restaurants and bars to further shorten business hours, if cases continue to rise in certain areas.

The experts are also advising that the government ask residents to refrain from non-essential outings.

The government's domestic travel campaign was also discussed. Aimed at supporting the pandemic-battered economy, it includes deals on flights, restaurants and lodging.

The panel says the government should continue excluding hot spots from the program -- currently, that means Sapporo, in the northern prefecture of Hokkaido, and Osaka.

Economic Revitalization Minister Nishimura Yasutoshi said, "The exclusion of the two cities is to last until Tuesday. But I understand Governor Suzuki of Hokkaido and Governor Yoshimura of Osaka are considering extending it."

In Osaka, help is on the way to deal with a rise in cases that have put the healthcare system under serious strain.

The defense minister says the Self-Defense Forces are sending seven nurses to the city for reinforcement.

He said the government is committed to do its utmost to help healthcare facilities in need.