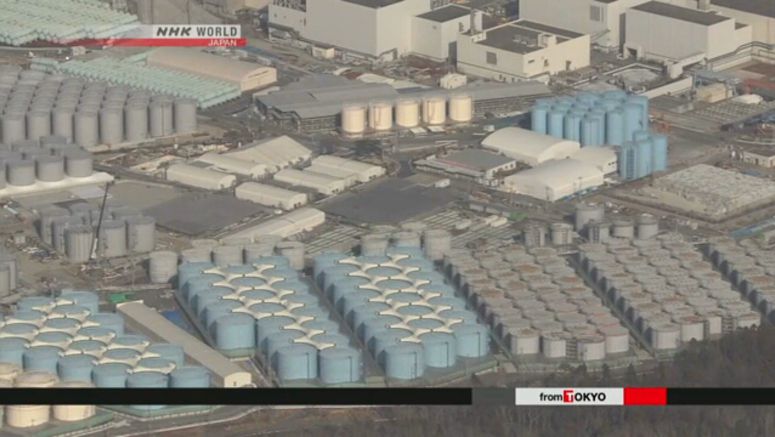 A nationwide group of Japanese fisheries has opposed releasing diluted radioactive wastewater from the crippled Fukushima Daiichi nuclear plant into the sea.

The group's president, Kishi Hiroshi, spoke at the 7th government hearing in Tokyo on Thursday.

At issue is the ever-increasing amount of wastewater stockpiled in tanks at the Fukushima plant. The water, after treatment, still contains tritium and some other radioactive substances.

The government has been seeking feedback from locals and relevant groups over a report compiled in February that said diluting the water to below government-set levels and releasing it into the sea or air is a realistic option.

Kishi said releasing the water into the sea will inevitably cause detrimental rumors, undoing years of efforts by fisheries and dealing a devastating blow to the nation's fishing industry. Kishi said he is absolutely opposed to the plan.

Ono Toshihito, head of a seafood processing federation in Fukushima Prefecture, said he and his colleagues have toiled on the frontline of fighting rumors for nine years.

Ono said he is opposed to the plan, but at the same time he knows something needs to be done about the water. He said he has been in a dilemma because he also wants the crippled reactors dismantled as soon as possible.

Ono called on the government to expedite its efforts to enable people to return to normal economic activity.

Government officials say they hope to make a decision as soon as possible over how to deal with the water.