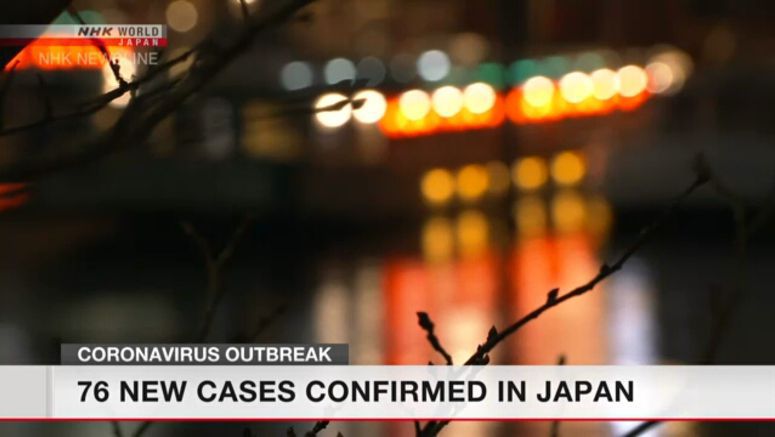 The Tokyo metropolitan government confirmed five more cases of the new coronavirus in the capital on Sunday.

They include a doctor in his 60s, who works at a hospital in Tokyo's Ota Ward. He had contact with a nurse who has already been confirmed to have the coronavirus.

The nurse went to a party on a boat on January 18. Two newly confirmed patients are a taxi driver in his 60s who was at the same party and a man in his 30s who is his family member.

The Tokyo government says a salaryman in his 30s and a limousine driver in his 60s who lives near Tokyo were also confirmed to have been infected with the virus.

It says it is trying to trace the infection routes of the latest cases.

The government of Aichi Prefecture in central Japan said on Sunday that it had confirmed the infection of a man in his 60s.

It says he is acquainted with a resident of Nagoya City in her 60s, who had already been confirmed to have the virus.