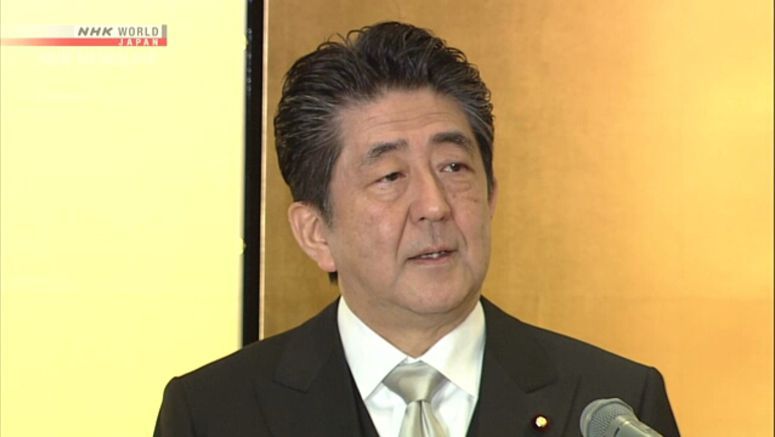 Japan's government may offer 100,000 yen, or about 1,000 dollars, per person as part of economic measures in response to the coronavirus outbreak.

Earlier in the day, Yamaguchi Natsuo, the head of LDP coalition partner Komeito, asked Abe by phone to provide a blanket cash handout of the amount regardless of income level.

According to the LDP official, Abe told Nikai and Kishida that he intends to alter the government's supplementary budget plan for fiscal 2020 to secure funding for cash handouts. The official added that Abe asked them to proceed with necessary preparations within the party.

The party is expected to discuss whether to set an income cap for handout recipients.

Abe's Cabinet was to submit the supplementary budget plan to the Diet on Monday, but the move is likely to be delayed due to the coming discussion.

Yamaguchi had asked Abe to revise the supplementary budget plan and scrap the government's plan to hand out 300,000 yen, or about 3,000 dollars, to households that have lost income due to the outbreak.