Japan Bullet Latest News From Japan About Auto, Technology, Culture, Travel, Cuisine . All you need to know about Japan !
Updated 10:47 PM EEST, Apr 6, 2020
Headlines:
Govt. to say avoid t: Japan's government is set to ask residen
Tokyo Governor: all : Tokyo Governor Koike Yuriko has said whe
Possible impact of a: The declaration of a state of emergency
Tokyo doctors declar: A major group of doctors in Tokyo has de
Tokyo to use hotel f: The Tokyo government will use a hotel fo
Fukushima residents : Many Fukushima residents have expressed
Tokyo to seek closur: The Tokyo Metropolitan Government plans
2020 Infiniti Q60 In: Infiniti is slowly coming round to the m
Nissan Rogue launch : Nissan is committed to introducing its r
Honda Argues Why You: Even though these types of ads aren̵ 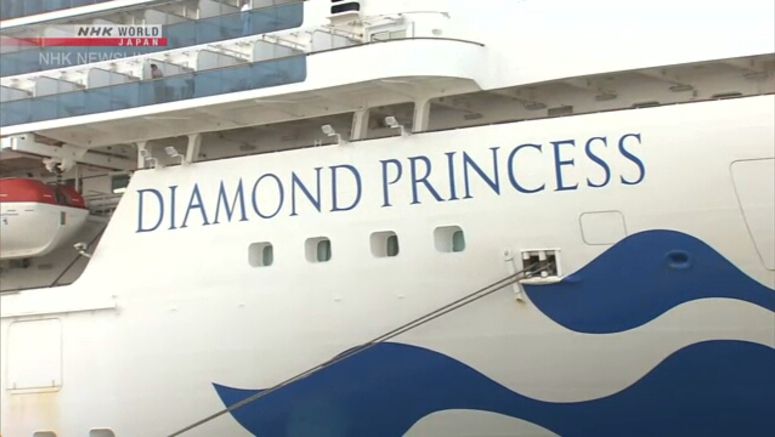 Japan's government plans to reexamine its handling of the mass infection of the new coronavirus aboard the cruise ship Diamond Princess.

About 3,700 passengers and crew members had stayed on the ship, which remains quarantined at a dock in Yokohama.

Those who tested negative for the virus and had not developed symptoms during the two-week observation period began disembarking the ship on Wednesday.

But 621 of those on board have tested positive as of Wednesday.

The US Centers for Disease Control and Prevention pointed out that some passengers had been placed at high risk of infection. Japan's opposition political parties have also criticized the government's response.

Health minister Katsunobu Kato has explained that the government has made maximum effort to prevent infection among those on board.

The World Health Organization has also noted that Japanese authorities have been taking necessary measures.

The government says it will continue efforts to contain the spread of the virus, and review its actions when the outbreak is seen to be under control.

It will also consider initiatives to create an international framework for cooperation in dealing with such situations.

Tokyo Governor: all depend on citizen's behavior

Tokyo Governor Koike Yuriko has said whether the coronavirus can be contained will depend on how people behave after a state of emergency is declared, and urged citizens to stay at home.Koike made the comment during a press conference on Monday evening, when she called for unity among Tokyoites to...more

The declaration of a state of emergency will put certain restrictions on people's lives.The declaration will give prefectural governors the authority to ask residents in designated areas to refrain from non-essential outings for a certain period of time.

A major group of doctors in Tokyo has declared a state of medical emergency, citing a possible collapse of the healthcare system.Tokyo Medical Association President Ozaki Haruo told reporters on Monday that a steady rise in the number of coronavirus patients will not only result in a shortage of...more

Tokyo to use hotel for patients with mild symptoms

The Tokyo government will use a hotel for patients with relatively mild or no symptoms of the new coronavirus in preparation for a spike of infection cases.Tokyo officials announced on Monday that the metropolitan government had requisitioned a business hotel in the capital's Chuo Ward.

Many Fukushima residents have expressed concern over a possible scheme to release diluted radioactive wastewater from the crippled Fukushima Daiichi nuclear plant into the sea or air in the prefecture.The government on Monday held the first meeting to hear local opinions on ways to handle the...more

The Tokyo Metropolitan Government plans to request the closure of entertainment facilities if the prime minister declares a state of emergency based on a coronavirus-related law.The declaration would allow governors of designated prefectures to take various measures to fight the virus.

Infiniti is slowly coming round to the modern age of infotainment systems this year, and our first taste of that is in the 2020 Infiniti Q60 Red Sport 400. This performance coupe has an updated system in it that, while it looks a whole lot like it did before, represents a step forward for...more

Nissan Rogue launch will happen in 2020 despite coronavirus, struggles

Nissan is committed to introducing its replacement for the aging Rogue crossover in 2020 despite potential complications due to the coronavirus pandemic, the company confirmed early Monday. "At this time, our new model launch programs for the U.S. are on track. The all-new Nissan Rogue will be...more

Honda Argues Why You Should Buy A CR-V Rather Than A RAV4, Forester Or A Rogue