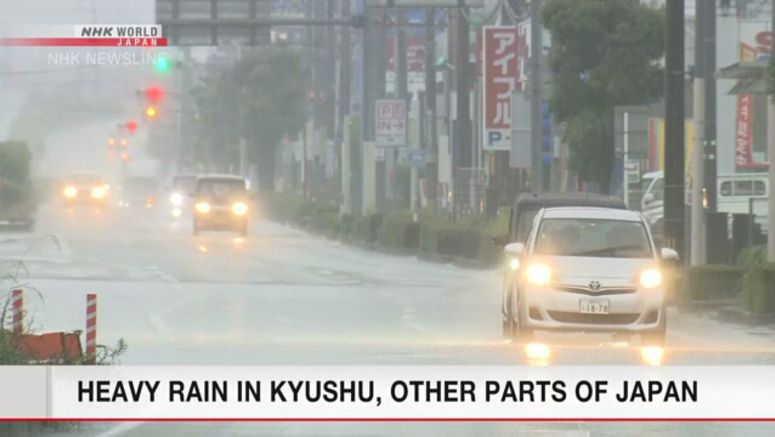 Heavy rain is pounding parts of northern Kyushu. Weather officials warn that wide areas of western and eastern Japan may also be hit through Sunday.

The risk of landslides has increased in parts of Oita and Fukuoka prefectures.

Weather officials are urging people to stay on the alert for landslides, overflowing rivers and flooding in low-lying areas. They are also warning of lightning strikes and sudden gusts of wind including tornadoes.

In Kyushu and other areas recently hit by torrential rains, small amounts of rain could trigger disasters. Officials are urging people to pay attention to evacuation information issued by local governments and to flee early.