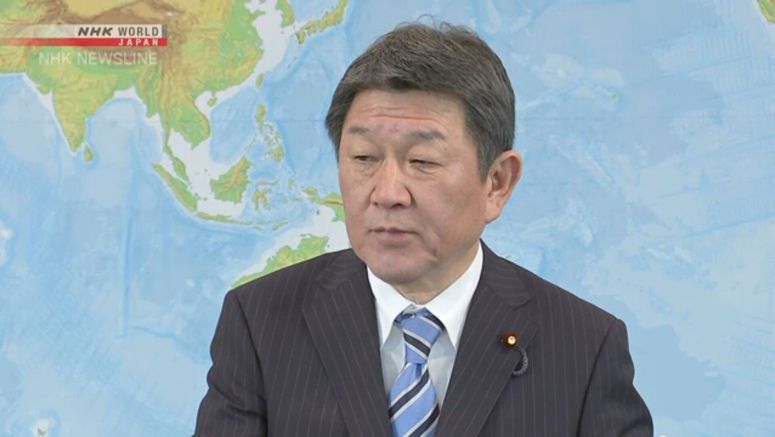 In a video message to the UN Human Rights Council, Motegi said, "while remarkable economic growth has been made in the Asia-Pacific, achieving democracy and protecting human rights remain ongoing challenges."

He also said, "Japan has grave concerns over the situation caused by the military coup in Myanmar."

He called for "the release of those who were detained, including State Counsellor Aung San Suu Kyi, as well as the swift restoration of the country's democratic political system."

On China, Motegi said "universal values such as freedom, respect for human rights, and the rule of law must also be protected in China including Hong Kong and Xinjiang."

He added that "Japan is deeply concerned about the recent situation in these areas and strongly urges China to take positive concrete actions."

On North Korea's abductions of Japanese citizens, Motegi said the government continues to "strongly urge North Korea to take concrete actions towards the early resolution" of the issue.

He stressed that Japan "will host the Tokyo Olympic and Paralympic Games as an occasion both to prove the victory over the Covid-19 and to demonstrate Japan's reconstruction from the Great East Japan Earthquake."