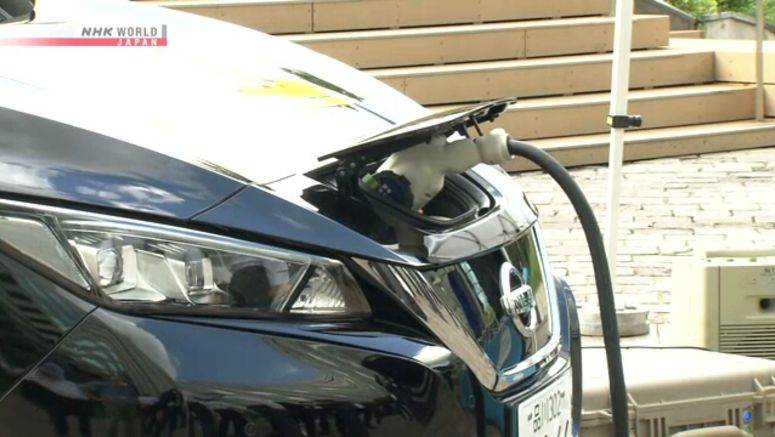 The Japanese government faces both technical and policy challenges in reaching the goals it has set to achieve net-zero emission of greenhouse gases by 2050.

The government compiled specific targets for 14 sectors on Friday.

It said all sales of new passenger cars should be electric, fuel-cell or hybrid models by the mid-2030's. It also wants to expand offshore wind energy capacity from 30 million kilowatts to 45 million kilowatts by 2040. Another target is to achieve a 10-fold increase in the use of hydrogen to around 20 million tons by 2050.

The government estimates that by developing technologies and putting them into practical use according to the plan, annual economic benefits of about 870 billion dollars would be generated in 2030 and some 1.8 trillion dollars in 2050.

But many technical challenges remain in achieving these goals. Significant improvement in the performance of storage batteries and preparation of charging facilities is vital. The cost of producing hydrogen also needs to be considerably reduced.

The government says it will support industries by fully mobilizing budget, tax, finance and other measures.