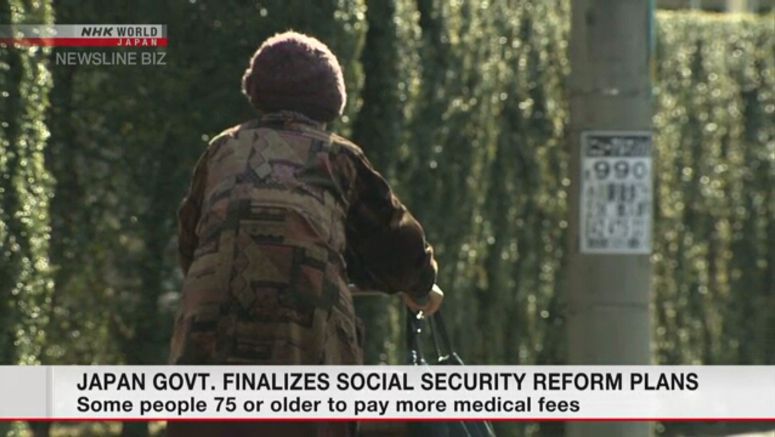 Prime Minister Suga Yoshihide said, "Japan's population is aging rapidly with fewer children. We have a responsibility to pass on a social security system that limits the burden on working people and offers all generations peace of mind."

One key measure will require people aged 75 or older to pay a larger portion of their medical fees.

Out-of-pocket payments will double to 20 percent for those in the age group with an annual income of at least 2 million yen, or about 19,000 dollars.

The change is to take effect in the second half of fiscal 2022.

Other measures are designed to encourage families to have more children. Officials plan to begin public insurance coverage for fertility treatments in fiscal 2022.

The government also wants to ease the shortage of childcare facilities. About 140,000 daycare slots are to be created by the end of March 2025. Officials will finance the expansion by ending child benefit handouts for high-income households from October 2022.