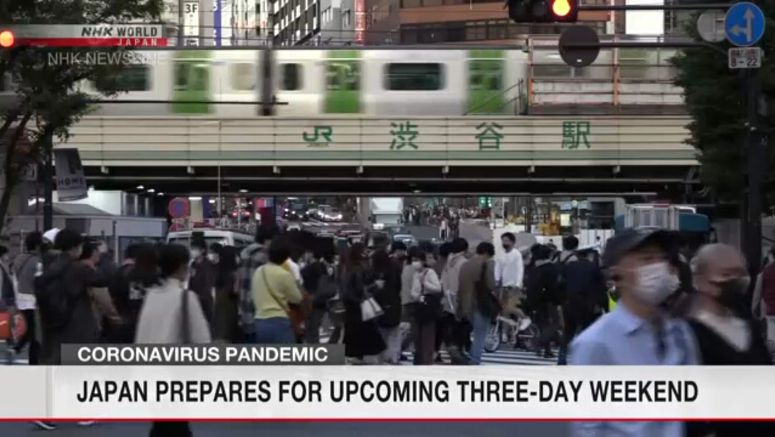 Japanese officials are looking at how to respond to the coronavirus, which is now rapidly spreading through parts of the country. Officials confirmed more than 2,400 infections on Friday -- the highest daily tally ever.

Five prefectures, including Osaka, also broke records, prompting governors to raise the alarm. Many are pointing to the risk of eating out. Officials in the western prefecture are asking residents to eat in smaller groups and for shorter periods of time.

Osaka Governor Yoshimura Hirofumi said, "The number of infections is steadily rising, and that's putting a strain on the medical system. I think what's important right now is putting the brakes on this spread.

But the recent surge has so far not deterred the government from its "Go to" campaigns. They're meant to boost the economy by subsidizing travel and dining.

The government met with experts on Friday to discuss its response.

At the start of the meeting, the minister in charge of the coronavirus made no hint of cancelling the programs, but said he's concerned about the recent surge.

Economic Revitalization Minister Nishimura Yasutoshi said, "The speed at which the virus is spreading is going up, and it is possible that pace will increase even further. We will do our utmost to take appropriate measures to contain it."

A woman said she is a bit scared about the virus, so she just plans to go bike riding and look at autumn leaves in the neighborhood. She also said she'll take pictures and spend time in well-ventilated places.

Another woman said she was making plans, including taking a bus to Karuizawa, but she decided not to go.

Over 129,000 total cases have been confirmed across Japan, with about 300 patients now in serious condition.