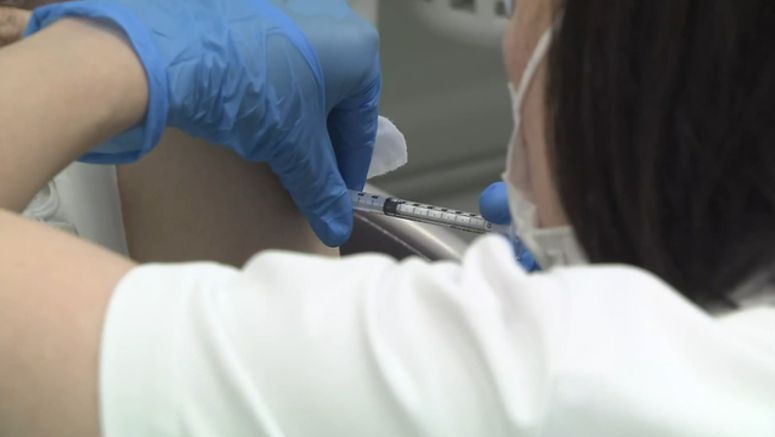 Japanese health officials are laying the groundwork for men in their 20s or younger to receive the Pfizer-BioNTech coronavirus vaccine rather than the Moderna one, citing rare cases of heart inflammation.

There have been reports from overseas that the Moderna's COVID-19 vaccine has caused cardiovascular side effects such as inflammation of the heart muscle and the pericardium, a sac-like structure surrounding the heart, among younger males in particular.

Japan's health ministry says as of September 12, the rate of the side effect from a Moderna vaccine dose per one million people stood at 17.1 among men in their 20s and 21.6 among those under 20.

In comparison, 13.1 per one million people among men in their 20s and 1.9 among those under 20 reported similar side effects after a Pfizer vaccine dose.

Ministry officials point out the cases are rare and the symptoms are mild, and that the benefits far outweigh the risks.

But sources told NHK that the ministry is to recommend that men in these age groups be briefed on the risks and offered a Pfizer vaccine instead.

The same advice will be given to men who got a Moderna shot the first time.

The plan is to be studied by an expert panel to the ministry on Friday. But talks may hit snags over the issue of the age group to be affected as well as the scientific basis for the claim.