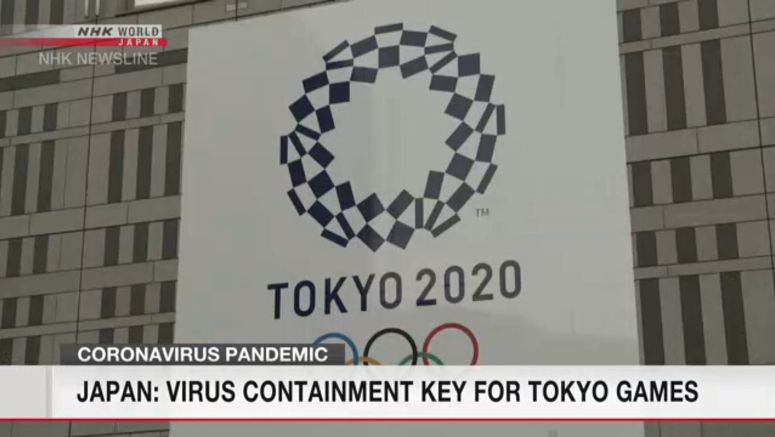 Japan's government plans to prepare for the Tokyo Olympic and Paralympic Games as planned, amid concerns over the global spread of the new coronavirus.

US President Donald Trump on Thursday suggested that it might be prudent to delay the games for one year. His remarks came after the World Health Organization declared the outbreak a pandemic.

Japan's Prime Minister Shinzo Abe later talked with Trump by phone, and stressed that Japan is doing all it can to hold the games as scheduled.

Japanese government sources say Trump did not refer to a possible delay. He reportedly said he appreciates Japan's transparent efforts.

The president of the International Olympic Committee has pledged to make every effort for the Olympics to begin on July 24 as scheduled.

But in an interview on Thursday, Thomas Bach also suggested that if the WHO recommends a cancellation, the IOC will follow the advice.

Japanese government sources admit that it may be difficult to hold the games if the situation remains unchanged in Japan and abroad through early May.

The government plans to seek greater cooperation with the US and other countries to contain the outbreak, so that Tokyo can welcome athletes and spectators in July.