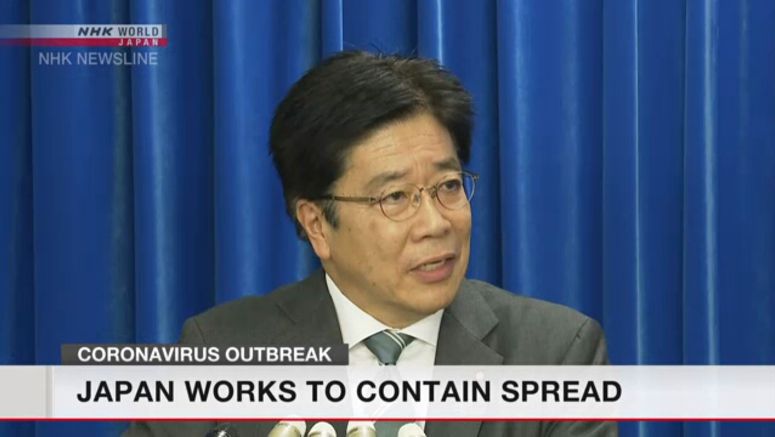 New cases of the coronavirus in Japan have been confirmed, bringing the total to over 330, including 285 on a cruise ship offshore.

Health authorities are working quickly to come up with effective measures to contain the spread after they found it hard to track down the infection routes of some cases.

Health Minister Katsunobu Kato said: "Japan seems to have entered a new phase where the infection route of several new cases is unclear."

Kato said the government will convene a panel of specialists in epidemics on Sunday to discuss ways to contain the spread.

On Saturday, the Tokyo Metropolitan Government announced that eight more people in Tokyo had been confirmed infected with the virus.

Seven of them were found when the authorities were investigating a taxi driver who was earlier confirmed to be infected.

And in the central prefecture of Aichi, a woman has been confirmed to have the virus. Her husband was confirmed on the previous day.

In the western prefecture of Wakayama, three more people tested positive on Saturday. They are a doctor, his wife, and an inpatient at a hospital.

Those cases bring to five the number of patients related to the hospital.

Officials in Wakayama are now testing all of the doctors and staff at the hospital, as well as anyone who has had contact with the infected patients.

Until recently, in most of the infection cases it was easy to identify the routes as the majority were either people who flew back from the Chinese city of Wuhan or people onboard a quarantined cruise ship near Tokyo.