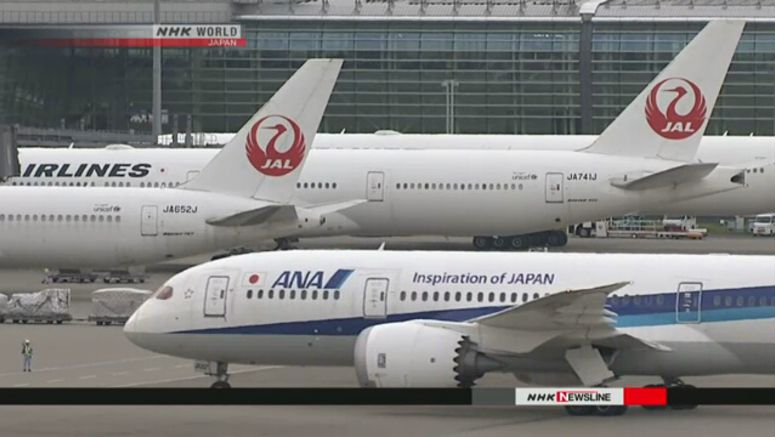 Major airlines in Japan say they will consider suspending or cutting more international flights as the foreign ministry raised its travel alert for the entire world on Wednesday, urging Japanese people to refrain from non-essential overseas trips.

Japanese airlines have already suspended or reduced flights on a wide range of international routes, including China, South Korea, Europe and the United States, amid the coronavirus outbreak.

Japan Airlines has already slashed its international flights by 71 percent from the original plan, and All Nippon Airways has cut its overseas services by 65 percent.

The raised travel alert is expected to lead to a further decline in the number of passengers.

Airlines say they will carefully consider further suspensions and cuts while continuing to operate a certain number of flights as there are Japanese returning home and foreigners leaving Japan.