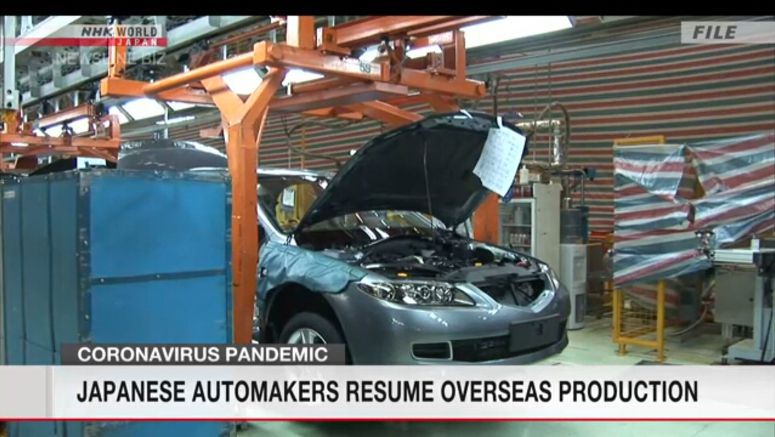 Japanese automakers are moving beyond the plant shutdowns stemming from the coronavirus. They've brought most of their overseas facilities back online as they gear up for recovering demand.

The companies have been gradually reopening their plants mainly in Europe and the US since May.

Many governments eased restrictions and automakers were able to resolve parts shortages. Toyota resumed operations at plants in Brazil and Portugal between late June and early July. Only facilities in Venezuela remain offline.

Nissan has resumed production at all overseas plants except for those in South Africa.

Honda meanwhile has brought its overseas facilities back online except for Indonesia and Brazil. Meanwhile Mitsubishi and Suzuki have restarted operations at all overseas plants.

The total production of Japanese automakers in China has so far exceeded last year's figure, pointing to a recovery.

But automobile demand in other parts of the world has not yet returned to its original level.