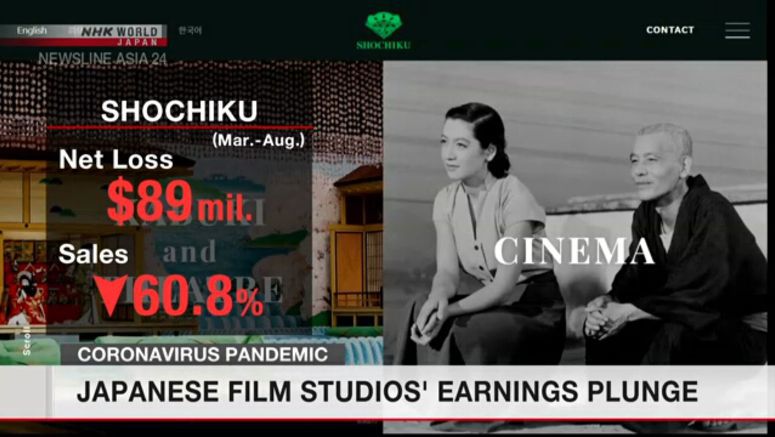 Major Japanese film studios are reporting sharp declines in their earnings this year. The pandemic has led to the closure of theaters, forcing movie fans to stay home.

The net loss is expected to grow to 166 million dollars for the year ending in February.

But Toho officials cite a glimmer of hope. They say the decline was not as steep as in the March-to-May quarter, due to a new source of revenue from the streaming of stage performances.