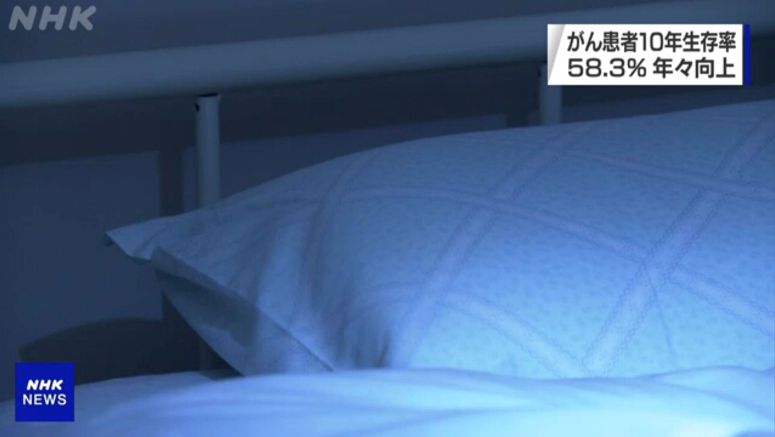 Data released by a group of researchers show the average 10-year survival rate of cancer patients in Japan stands at 58.3 percent.

The group analyzed data samples of more than 94,000 people who were diagnosed with cancer at 21 cancer treatment institutions across the country between 2004 and 2007.

The 10-year survival rate of those with thyroid gland cancer stood at 85.7 percent.

The 10-year survival rate of esophageal and lung cancer was 31.8 percent and 32.4 percent respectively.

The Japanese Association of Clinical Cancer Centers has posted data showing survival rates by type and stage of cancer.

A chief researcher at Chiba Cancer Center, Nakamura Yoko, said that survival rates of cancer patients have risen year-by-year and the trend is expected to continue.

She cited technological advances, such as development of new medicines effective for cancers that are difficult to treat.

On the other hand, Nakamura also warned that the trend needs to be closely watched, as the spread of the new coronavirus could discourage cancer patients from visiting hospitals and in turn affect their survival rates.