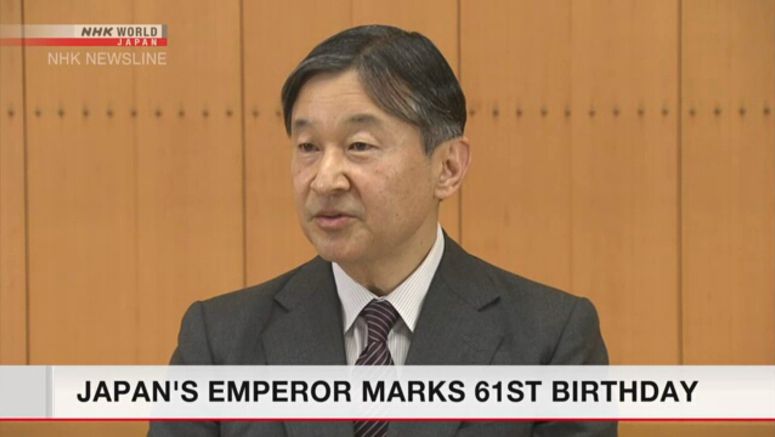 Ahead of his birthday, he expressed his thoughts to the media, looking back on the past year.

The Emperor related his condolences to people who have lost family members or friends due to the coronavirus pandemic.

He also referred to healthcare workers and people in various fields who have been helping socially vulnerable people and those who are facing hardship.

The Emperor said many people in Japan have been able to share gratitude for these people in the past year.

He added he is looking forward to a bright future after people share the difficulties and work together for a bit longer to endure and overcome the pandemic.

Emperor Naruhito also mentioned the strong earthquake that hit northeastern Japan earlier this month. It is believed to be an aftershock of the 2011 Great East Japan Earthquake, which triggered a massive tsunami disaster.

The Emperor said the recent quake reminded him of the extensive damage of the 2011 tragedy and the need to realize that the disaster is not a thing of the past.

He said he hopes to visit the affected areas with the Empress again.