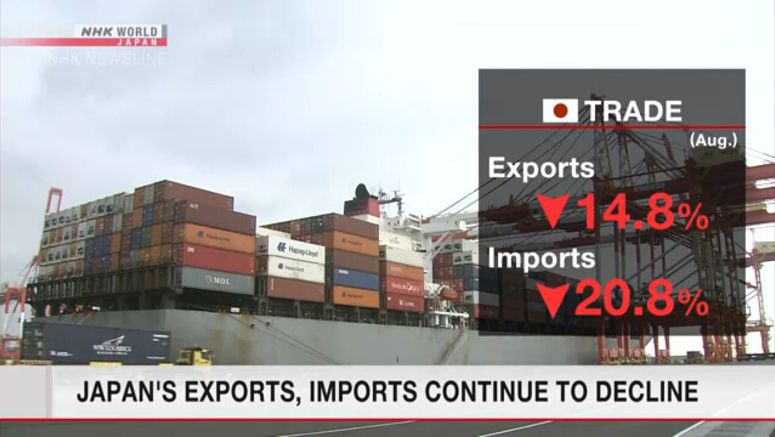 Imports also decreased sharply, falling 20.8 percent year on year. That left the country with a trade surplus of about 248 billion yen, or approximately 2.4 billion dollars.

The ministry says the trade account balance in July was in the black for the second consecutive month.