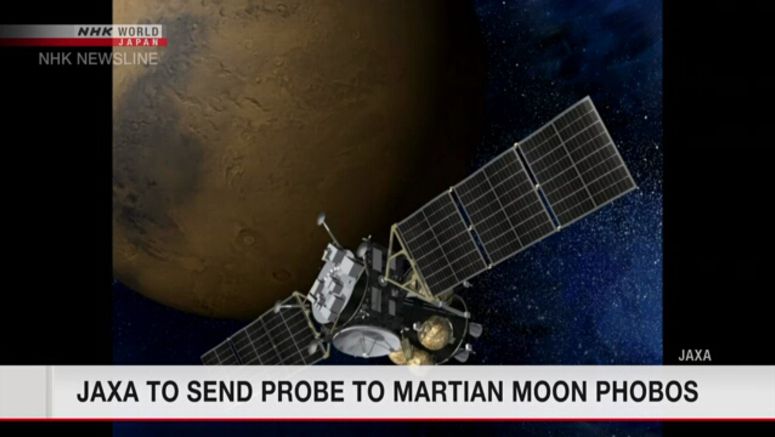 The Japan Aerospace Exploration Agency, or JAXA, has announced plans to send a probe to one of Mars' moons and bring back samples from its surface.

A science ministry panel of experts approved the plan on Wednesday.

Under the JAXA-led project called Martian Moons eXploration, researchers will launch the probe to Phobos in 2024 and bring back samples in 2029. They say the mission is the first of its kind in the world.

Phobos is about 23 kilometers in diameter and orbits around 9,000 kilometers away from Mars.

With the project, researchers hope to shed light on the origin of the Martian moons and the formation process of planets in the solar system.

A JAXA official said objects found on Phobos should include many that originated on Mars.

Project manager Yasuhiro Kawakatsu said he hopes to successfully carry out the project and shed light on the origin of the solar system.