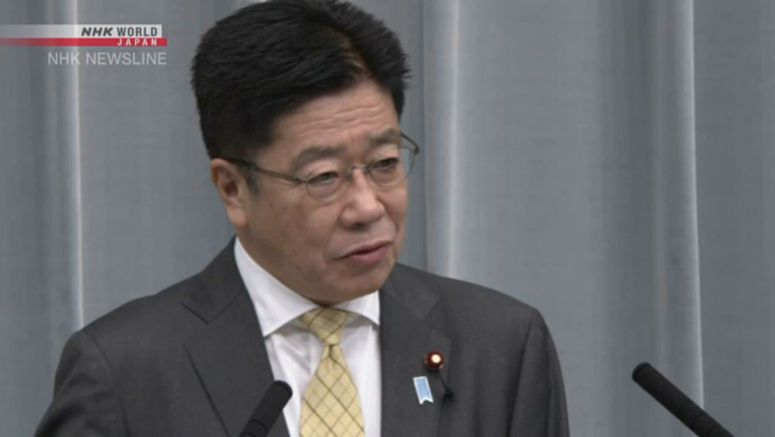 Japan's top government spokesperson has expressed the government's intention to allow the resumption of business trips to and from China while implementing anti-coronavirus measures.

Speaking to reporters on Tuesday, Chief Cabinet Secretary Kato Katsunobu referred to discussions now under way with China on whether to allow the resumption of business travel between the two countries.

Kato said the two sides are discussing steps toward resumption, but declined to give prospects.

He said Japan and China are highly important to each other and that there was much traffic between them before the pandemic.

Kato noted that trips across borders are essential in restoring the economy. He said the government will try to allow the resumption of travel between Japan and China in a way that doesn't cause infections to spread.